A Model for Library Expansion

Could we add on and modernize the existing Sunnyvale library?  Here is an addition to a library in Oregon that suggests the answer is an emphatic yes!

(To expand the size of the photos, click on one and they will be available as a series in greatly expanded form.  Highly recommended to fully appreciate what a wonderful library it is.)

This soaring Atrium with handmade tile floor was part of the $23M addition. 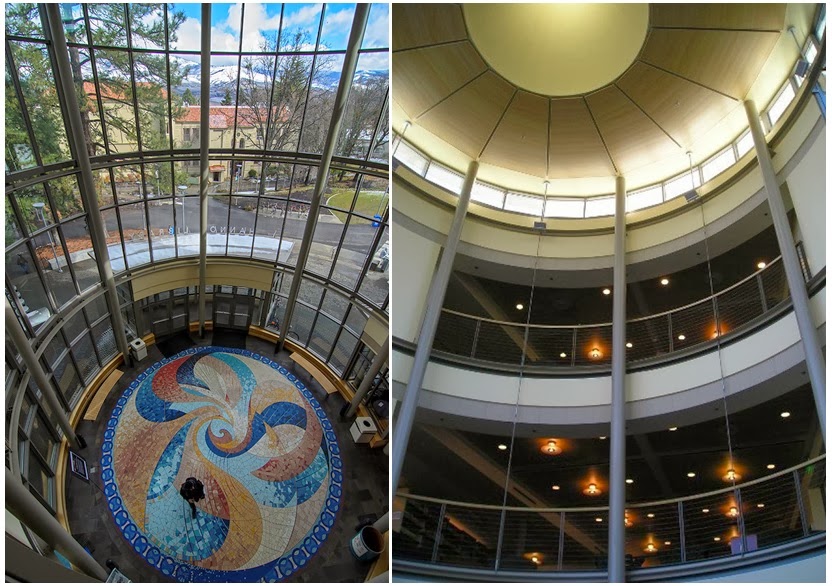 The high, open space allows room for this beloved wooden statue carved from an old tree several decades ago honoring the Native Americans who used to live in Southern Oregon. 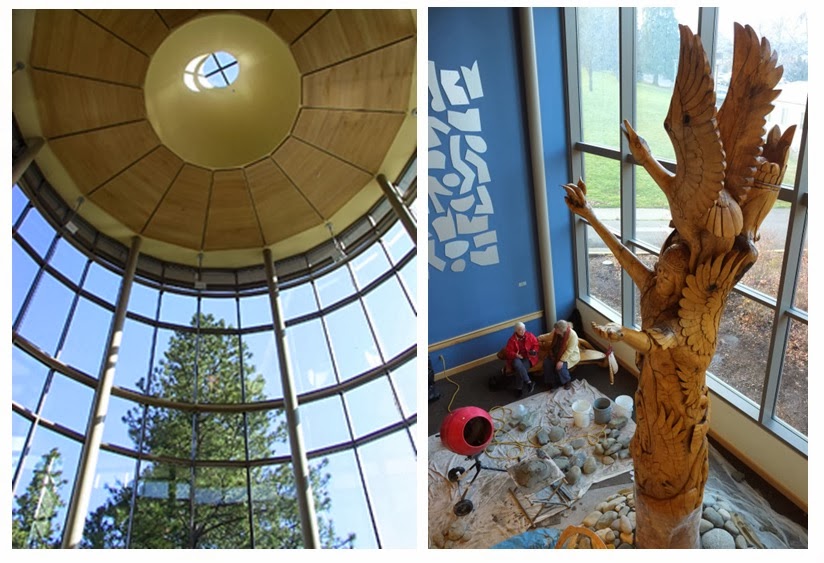 The lobby has a nice sitting area as part of the $23M addition. 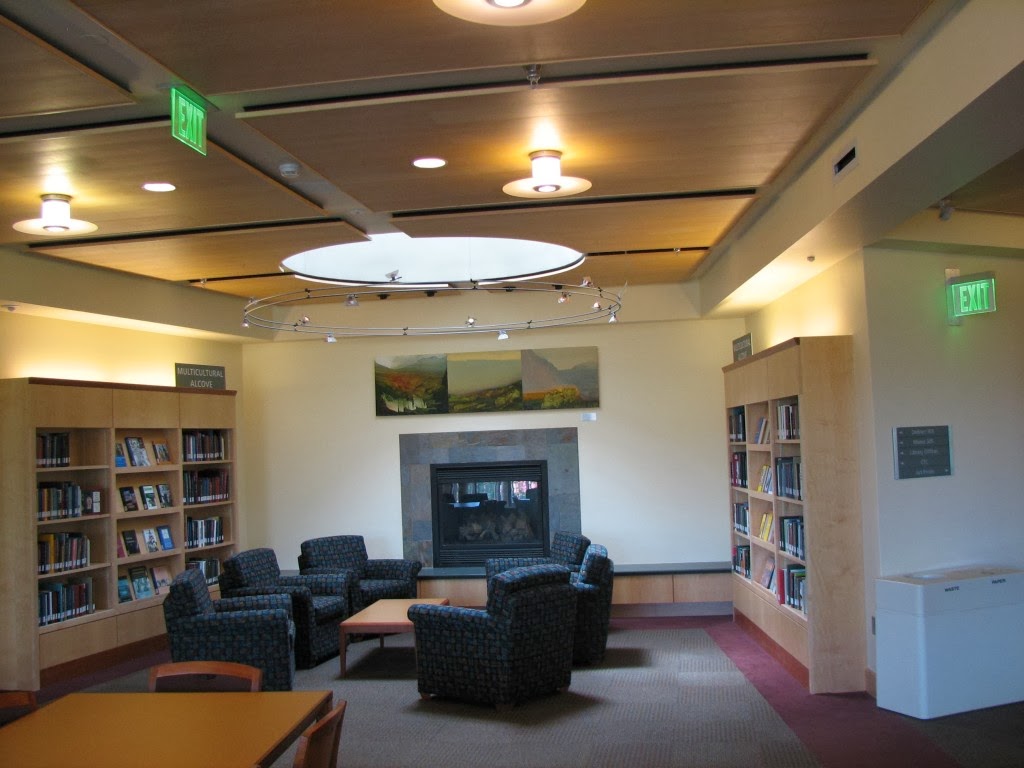 The interior is well lit with ample space and office furnishings for staff and students including (in the upper right) a food area as part of the $23M addition. 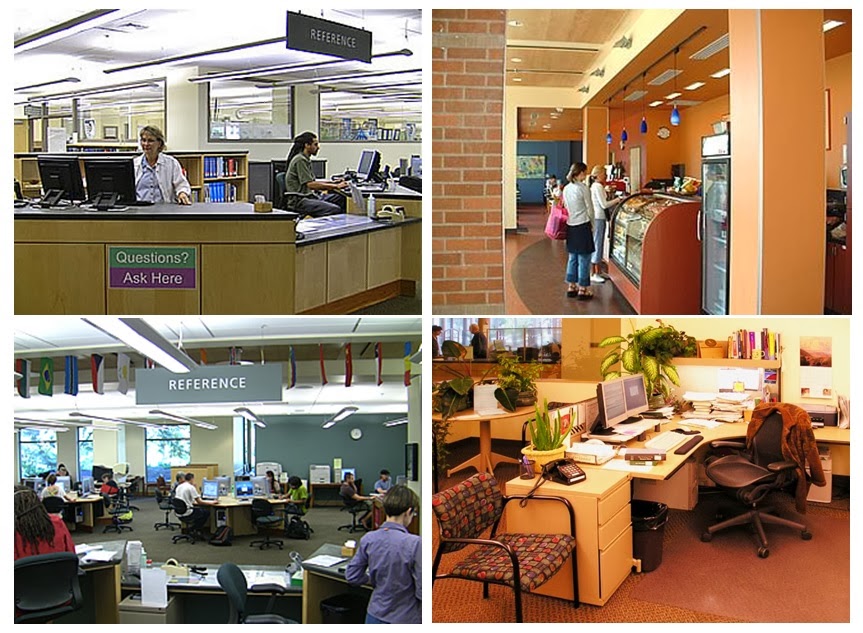 There are semi-private rooms where groups of students can work together, and many computer stations, a presentation room and of course, lots of books and shelf space around the new tables and chairs as part of the $23M addition. 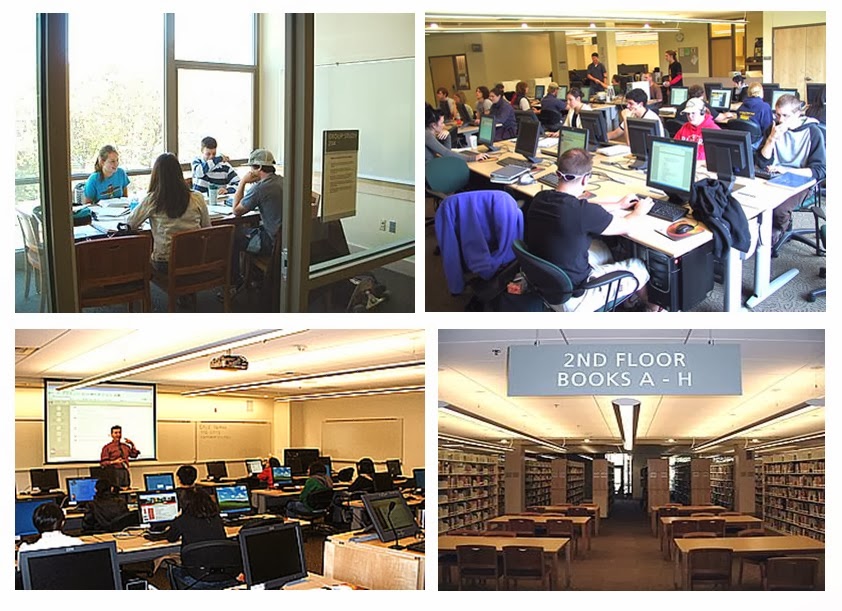 The existing structure's HVAC was upgraded in addition to adding what was needed for the new addition.  The $23M addition was constructed while the existing library was in full use by SOU students.  It achieved LEED Silver status despite not modifying the existing HVAC by aggressively managing the lighting so that it turns down when no one is near. 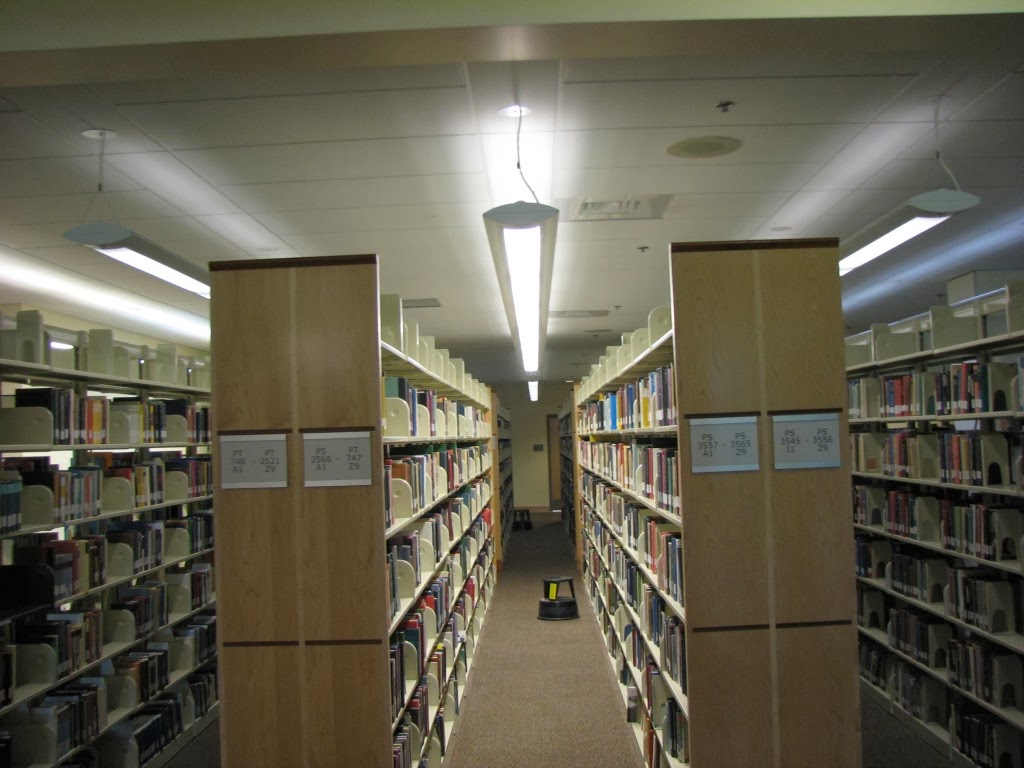 LEED Silver level was achieved despite a large amount of glass in a climate like Oregon’s with real winters and cool evenings.  The external shell was entirely replaced as part of the $23M addition. 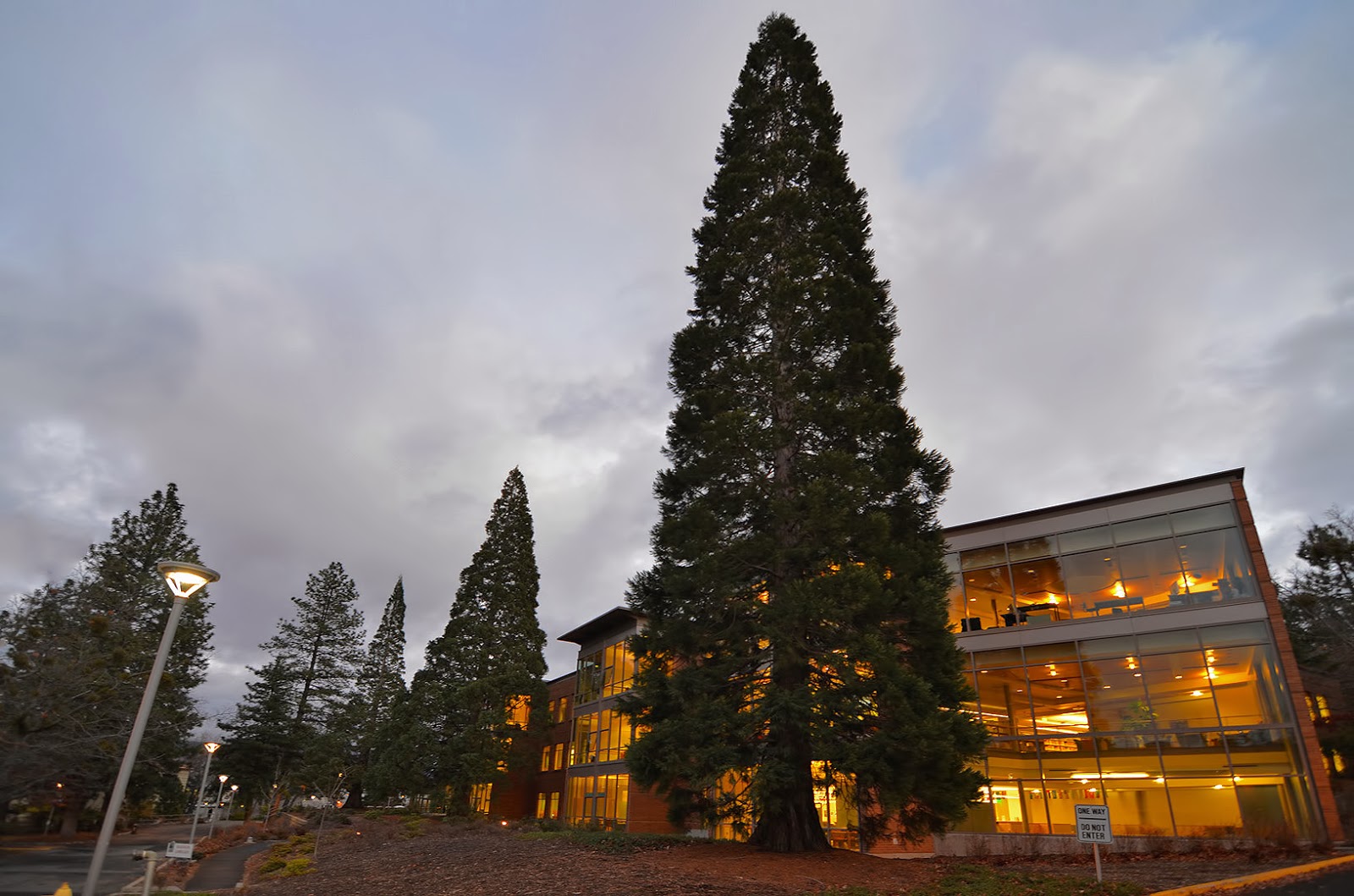 Could the existing Sunnyvale Library be added on to?  The example of the SOU library suggests the answer is "of course!"  It could be doubled in size (100% increase) for much less than the cost of a new one without forsaking all the amenities we associate with a modern library.

The 2007 Sunnyvale Library bond issue to tear down the old one and put up a new one with only 50% more space was for $100M.  This doubling of size at Southern Oregon University cost $23M with furnishings and fixtures.  Assuming 3% inflation over the ensuing 11 years would mean an increase in costs of 38% to $32M or, roughly $500/sq. ft.  This is completely consistent with costs of library exapnsions and new construction in the SF Bay area as detailed, (some might say exhaustively) at
http://cspgs.blogspot.com/2014/02/library-costs-in-california.html

Here is the report by the engineering firm summarizing the long list of upgrades to the Hannon Library at SOU:

http://www.bhengineers.com/services/energy-engineering/southern-oregon-university-hannon-library-expansio/
“Balzhiser & Hubbard Engineers provided mechanical, electrical, and energy engineering during the design and construction phases for this renovation and expansion project. Mechanical engineering services include design of HVAC, hydronic, and plumbing systems for the renovation of the existing 59,000 square foot library and an addition of approximately 61,000 square feet. Systems included single duct VAV, dual duct VAV, and heat recovery HVAC, plumbing, fire protection, and steam and chilled water connections to the central campus systems. Special HVAC and fire protection systems included those serving the 2,000 square foot rare book area. Electrical services included the upgrade of existing electrical and network infrastructure in the existing building to support proposed technology needs. A new fire alarm system was designed to address the existing building and the addition. Lighting in the existing building was upgraded and incorporated into the lighting control system installed for the new building. Balzhiser & Hubbard Engineers also managed the modeling and reporting process under the (then) new SEED guidelines using DOE-2.2. A significant challenge associated with this project was that portions of the existing library had to remain in service during construction.”

Posted by Michael Goldman at 11:12 AM