Say, How Big *IS* that Library?

The City Council meeting transcripts relating to the size are here:
http://cspgs.blogspot.com/2015/11/2007-library-bond-i-how-big.html
The consultant's cost of this is found here:
C.f., http://sunnyvale.ca.gov/Portals/0/Sunnyvale/LIB/doc/3_r_sunnyvale_lof_building_program_070628.pdf

It is hard to find buildings (especially libraries) exactly 116,000 SF but a few are close.

This looks like a long thin glass-enclosed addition, but it is really a square with glass along one side as seen below:

Closer to home we have below the Oakmead Tower at 107K SF, so about 8% smaller than the proposed interim 116K SF Sunnyvale Main Library - click on any photo to enlarge:

If you want to use your imagination, using 50K SF for the Sunnyvale library interior (since that is what people see) double it (add a second floor over exactly the same footprint) to obtain effectively 100K SF or about 86% of the proposed 116K SF.

Alternatively, to imagine what the 116K SF interim library would look like, take the 2-story 80K SF Santa Clara library and add a 3rd floor.  That would be 120K SF, or 3% bigger than the interim 116K SF library.

Having looked at what size the interim building might look like, let's look at the proposed final Library of the Future at 144K SF.  Again, it is hard to get exactly the right size building but here is one at 150K SF, 4% bigger.

The Tampa, Florida John F. Germany Library is 144K Sq. Ft. which is about as close as you can get to ABA proposed Library of the Future: 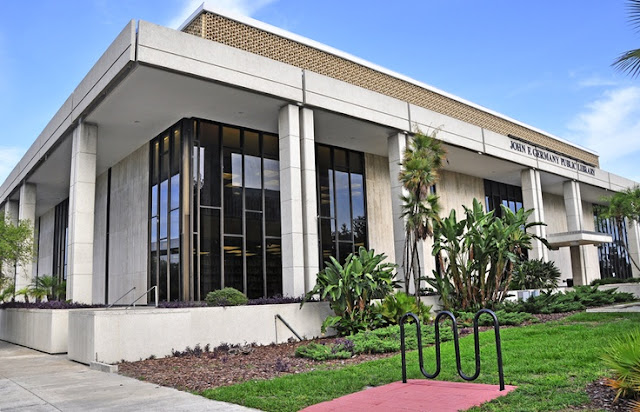 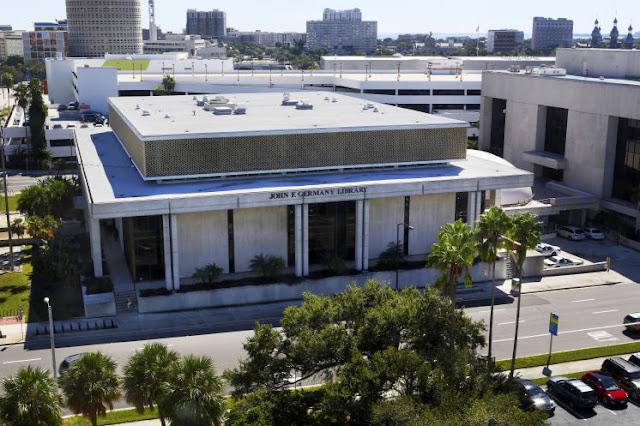 This library is 47 years old and there is some talk of renovating it or tearing it down to build a replacement.  C.f., http://www.tampabay.com/news/localgovernment/future-of-main-library-in-downtown-tampa-renovation-or-something-more/2203766

Tampa, Florida has a population of 358,000 and is the largest city in the 2.5M population Tampa Bay Metro area.  The Tampa library system has 25 libraries including the John F. Germany Library above.  Sunnyvale's population is 149,000 or 41% of Tampa's.  Sunnyvale has one library.

Or, using your imagination to get the final "needed" library of 143K, simply triple the existing Sunnyvale library - make it a 3 story building and you are at an "effective" 150K SF library.  Not everyone would agree that we need that much space.


Another way to look at it is if you doubled the size of the Santa Clara Main Library it would be 160K SF.  Lop off 10% and you are at 144K SF - almost exactly the size "needed".

As I mentioned earlier a library that size would be the 6th biggest in California - a topic for this other post here:
http://cspgs.blogspot.com/2015/09/biggest-10-public-libraries-in.html