The drawing Deborah and I saw (in mayor Spitaleri's office last Fall) of the proposed private development of the Civic Center had two or three six-story buildings on El Camino.  What would that look like? Here's the existing street view: (Click on a picture to enlarge and get the full impact). 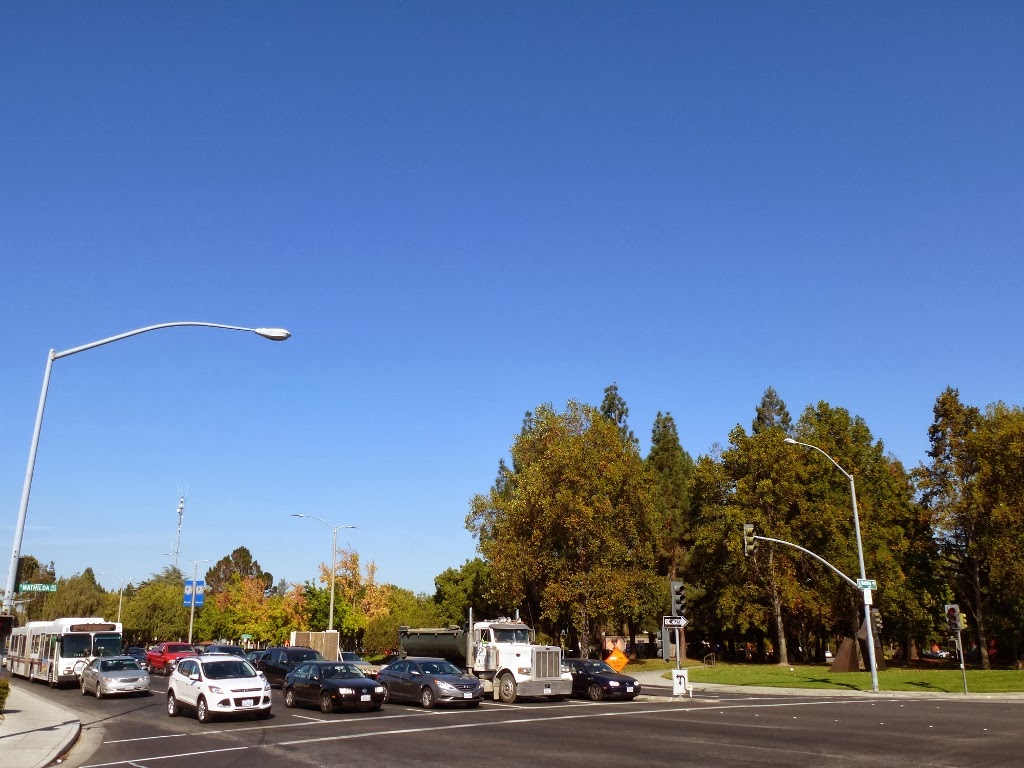 The new LinkedIn buildings are six stories.  Here they are as they would appear in the Civic Center space on El Camino (click on picture to enlarge): 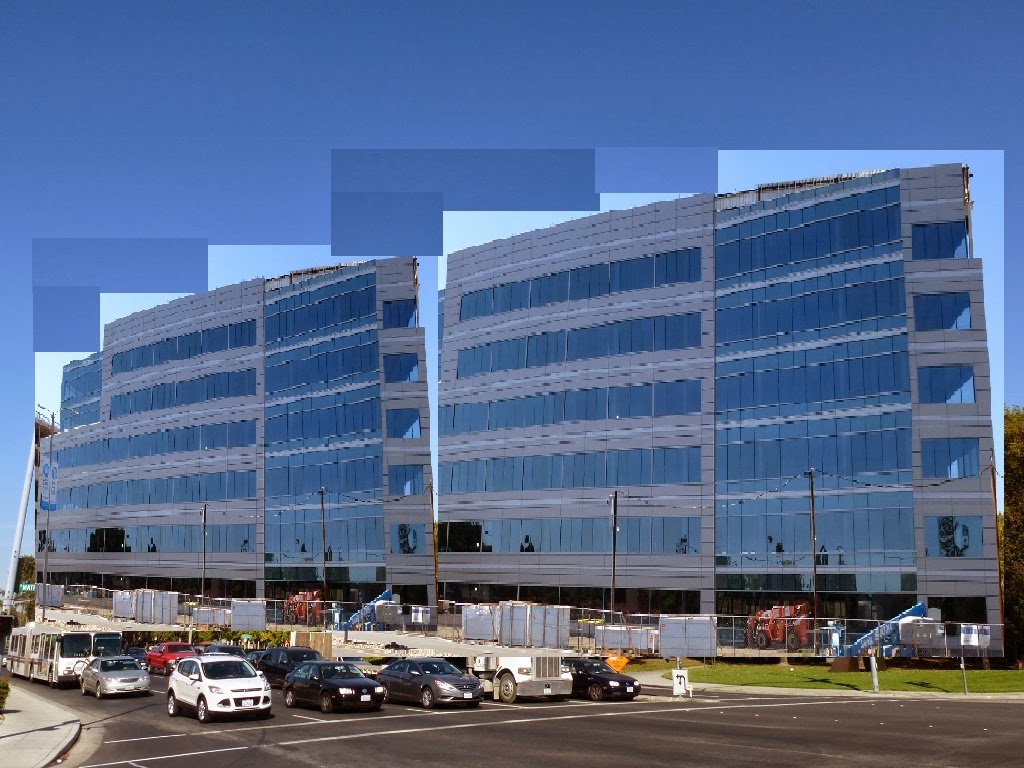 We have heard various concepts including only four stories.  So imagine the top two stories aren't there.  Six or four - that totally misses the point.

Here is the Civic Center layout in it's current form (click on it to enlarge): 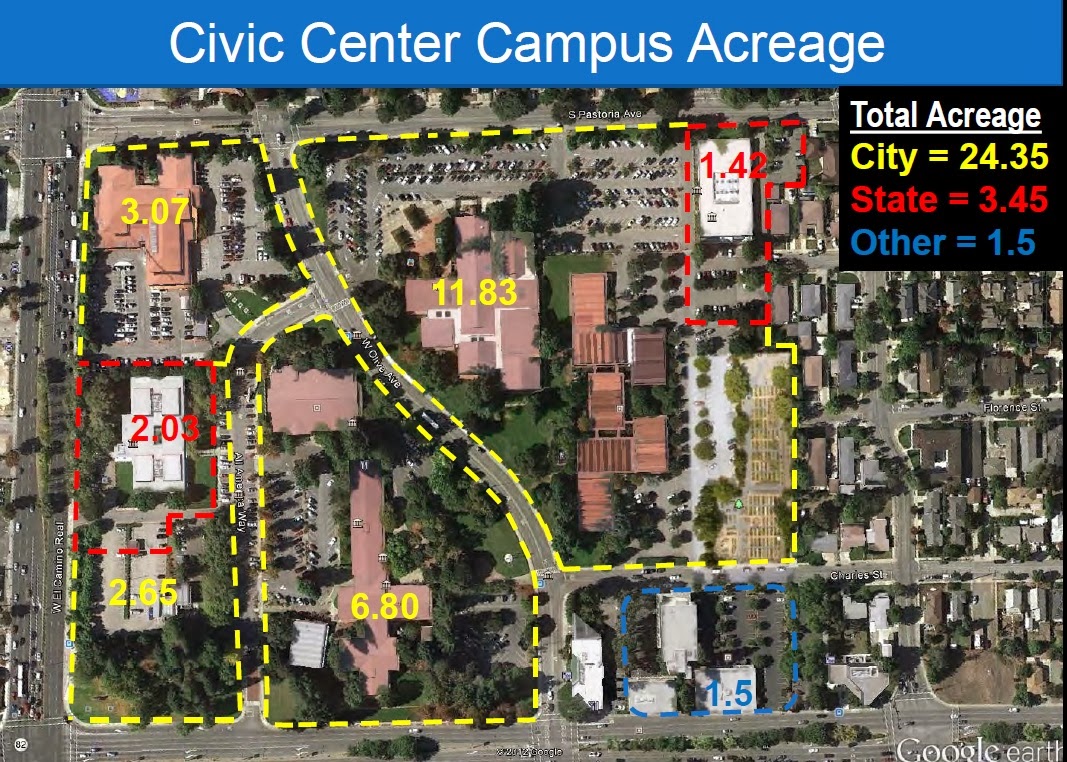 Here is the city staff's proposed concept for the Civic Center from their Power Point slide presentation on July, 2012.  Links at: http://cspgs.blogspot.com/2012/10/links-to-information-on-salelease-of.html 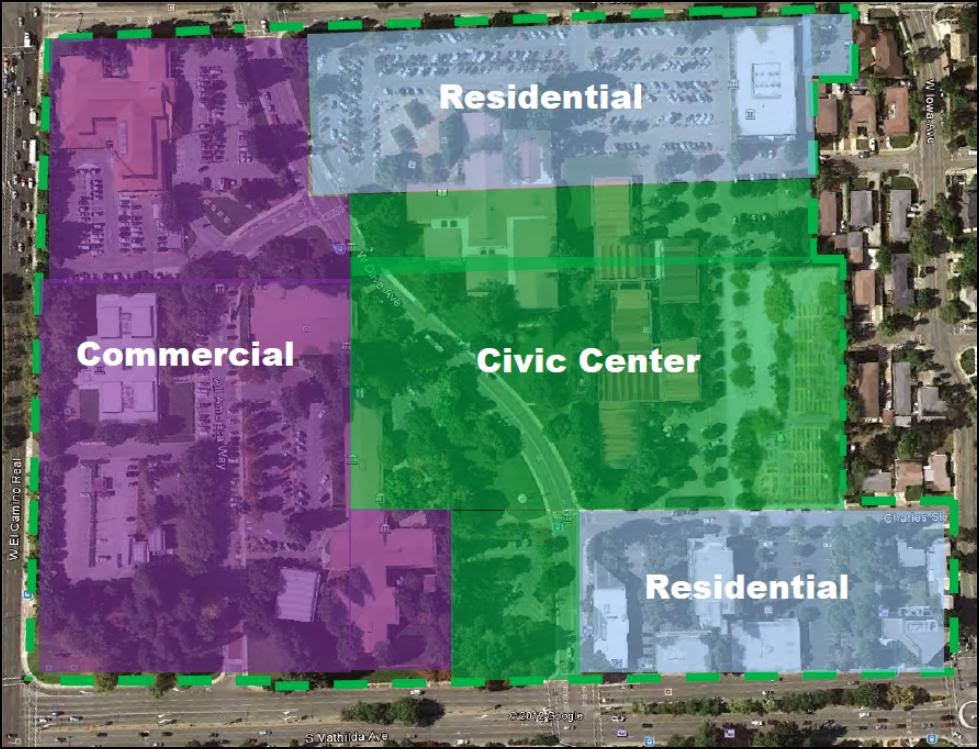 Posted by Michael Goldman at 2:36 PM