This summarizes my many published posts on Sunnyvale and California libraries and other public buildings.  We could expand for much less than the cost of a new one, we could build branch libraries with small expenditures, we could get public bond money for additions by properly informing voters of what they will be getting for their money. 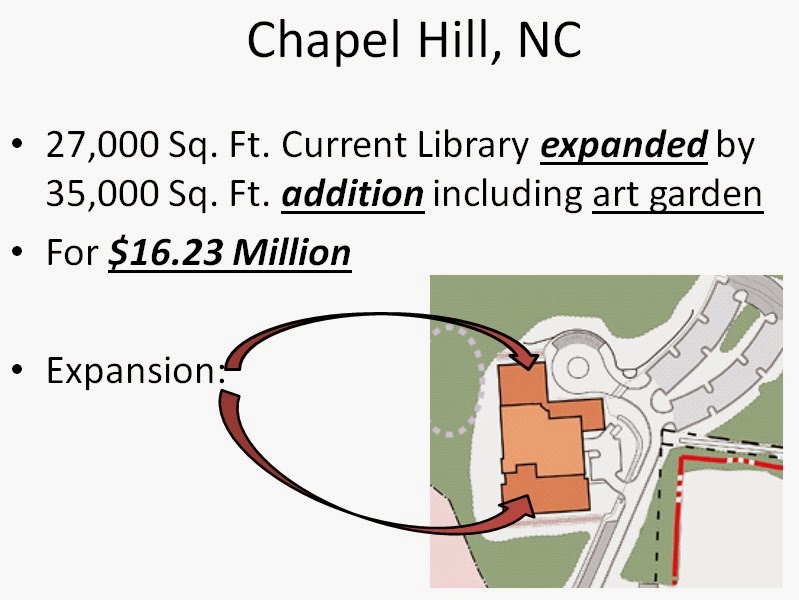 In http://calpensionsbrief.blogspot.com/2012/07/sunnyvale-libraries.html I showed that Sunnyvale is average to above average in library space compared to comparably sized cities.  I also showed how to increase library space through low cost branch libraries and expanding existing libraries.  Here's a photo of Pasadena's (pop. 139K) Library.  Pasadena is about the size of Sunnyvale (pop. 145K):

Posted by Michael Goldman at 10:59 AM No comments: